Adolek on butterflies and other flying creatures

Once upon a time, a man found a caterpillar creating a cocoon on a branch of a tree. The man decided to closely observe the metamorphosis. Thus, he cut off the branch and took it home where day by day he observed the cocoon. 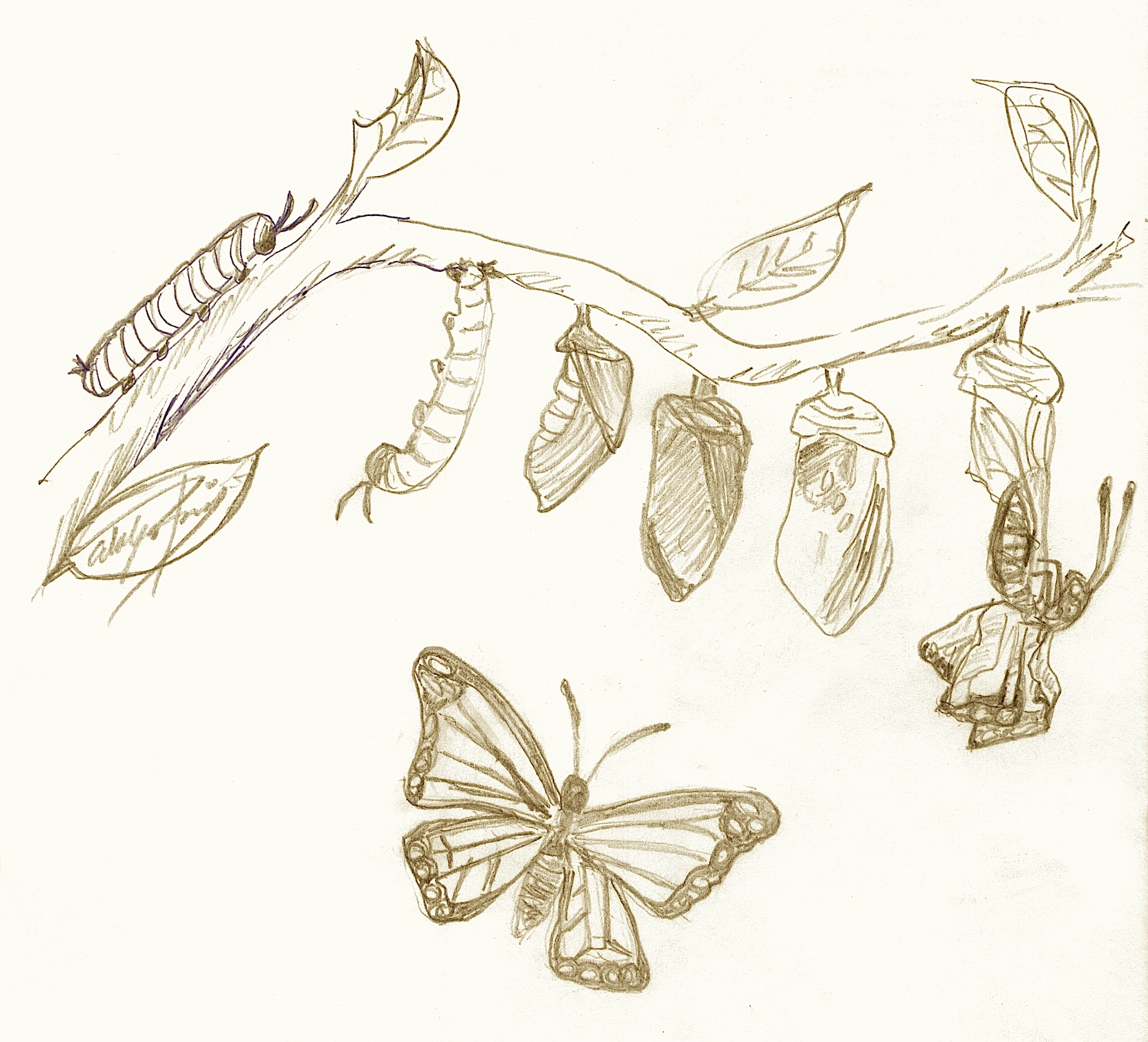 Weeks passed and one good day the chrysalis began to open. A butterfly started to emerge from it. This little Lepidopteran struggled and struggled to break the chrysalis silky mantle so it could stretch it wrinkled wings. The man feeling sorry for the butterfly decided to help it by breaking the chrysalis. The butterfly emerged triumphantly. Yet, that butterfly never managed to fully open its wings and therefore it could never fly. The rest of its grounded life, it needed to be fed by the man, who never understood why this butterfly did not develop.

This little story, from my childhood back in old Mexico, is probably the closest thing I know to a PhD programme, and in fact a scientific career. Students are naturally struggling and supervisors feel the need to help them and even solve their problems. By doing so, we (supervisors) seem to be doing a good thing, but in reality we are, like with the butterfly, make them unable to fly. It is the effort, the determination, the battle and the stamina that generate strong scientists who can take the many (many, many) downs and keep going strong. While we shall guide them, we should try to avoid, to the best of our efforts, solving their lives or allowing them to cut corners. This also comes to the time when they shall fly away. We must encourage them to go and see the world and learn from experiencing other cultures and ways of thinking. Let them stretch their wings. 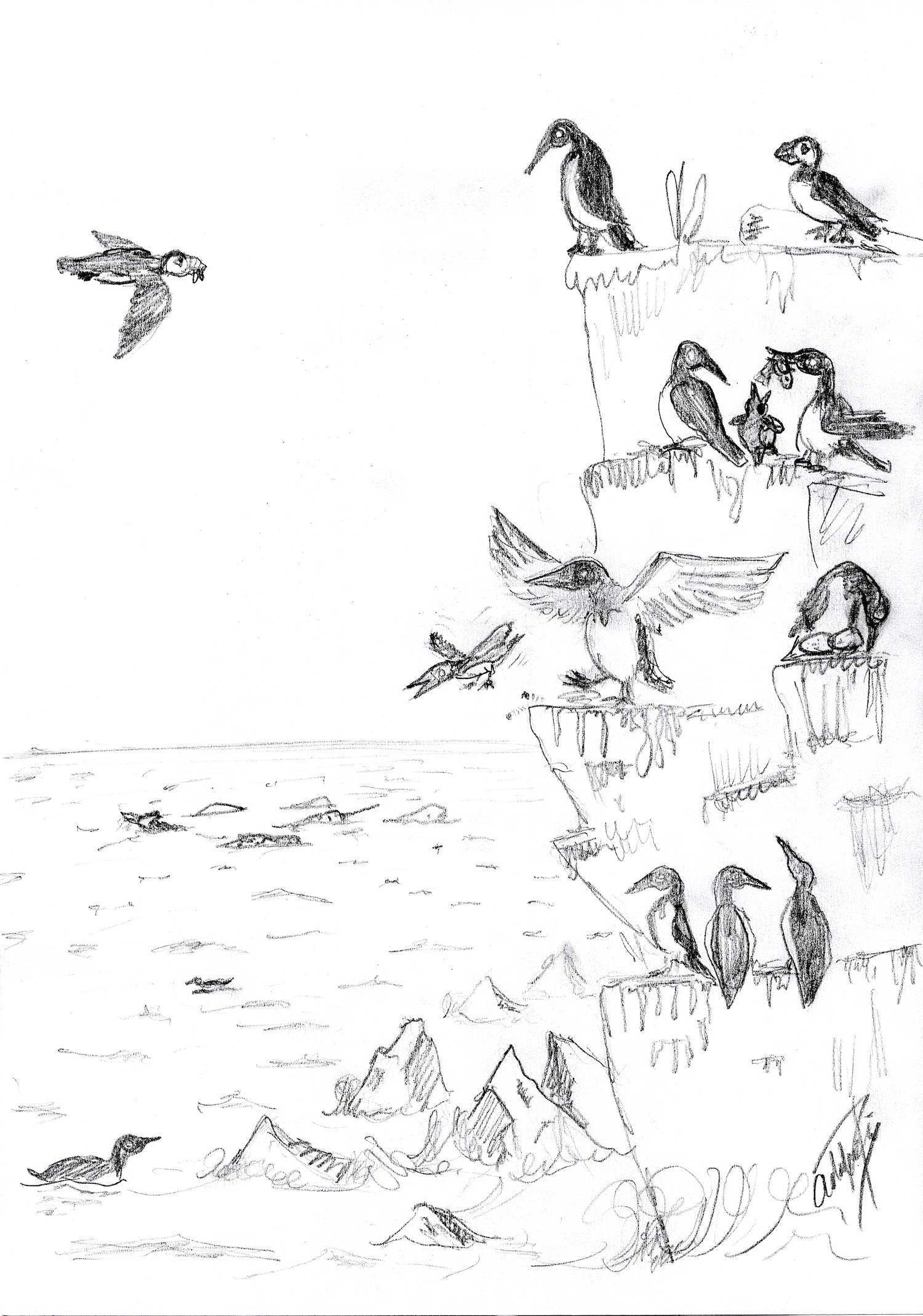 They might even need an extra oomph way before they feel ready – here is an analogy that I have used previously 1:  “Guillemot parents, some seabirds, “encourage” their chicks to jump off the nesting cliff before their wings are fully developed. The poor chicks frenetically flap their stunted wings in a desperate attempt to overcome gravity and gain enough distance from the sharp boulders at the bottom. Despite what seems evolutionarily counterintuitive, leaving the safety of the colony yet unable to fly, these chicks grow faster at sea while having similar mortality as those staying longer at the cliff colony 2. Taking the plunge might also be the best way to encourage students to grow fast and eventually fly on their own.“

If one day they are to return, just like the iconic storks who born (mostly) in Central Europe and migrate to Africa for winter (clever bastards), they will be ready to start their independent careers and take care of the next generation of larvae… Upps! Sorry!… of young students.

A few interesting facts about butterflies: they like licking materials high in sodium (found in decaying animals and faeces); they have one of the widest optical ranges – they can see from UV to infrared (wavelengths we cannot see); and some species have a single gene, called "Doublesex" 3, a supergene that allow them to morph into looking alike other species to avoid predation. The colours on their wings are not always pigments (yellow, orange and black usually are) but changes in the structure of the “scales” that form their 4 wings, in other words, the way light is reflected off them. In fact, some species can change colour at will by changing the positioning of the “scales”. The name Lepidoptera, the family of moths and butterflies, means “scale-wings”. Butterflies taste with their feet.

Did you liked it?
Check Adolek's previous articles:
CURVA PELIGROSA
HYPOTHESIS-DRIVEN RESEARCH
DO NOT LET ANYBODY SHATTER YOUR DREAMS
WHERE IS ALL THE EQUIPMENT?
A LIFE IN SCIENCE